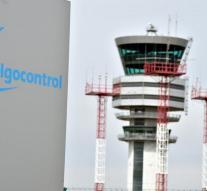 Since the attacks of March 22 at the departure airport makes use of temporary facilities. However, it has failed to tailor security measures to the new circumstances, the DGTA judges according to the Belgian newspaper.

The DGTA conducted in April four times a check and found several deficiencies. It reveals the service particularly concerned that an inspector could come unhindered at all checked baggage.