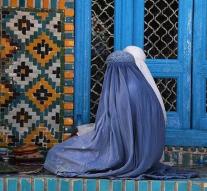 banda atjeh - Two men in the Indonesian Aceh were sentenced to sticks because of their homosexuality. A religious tribunal using strict Islamic law has condemned the men of 23 and 20 years each Wednesday to 85 sticks.

It was the first time the tribunal sentenced a verdict for violating a law of 2014 that prohibits sex between members of the same sex. The two gays were arrested in March on clues of a kind of civil guard after they rented a room together. The prosecutors demanded eighty sticks. Human rights organizations demanded the release of the two.

The province of Atjeh in the northwest of Indonesia is the only one in the country where strict Islamic law has been introduced. In the rest of the vast Muslim country, criminal law is still based on Dutch law from the colonial era.

Andreas Harsono of the Indonesian department of Human Rights Watch fears that the sentence is also freaking out of the province of Atjeh among homosexuals. The approximately 230 million Indonesian Muslims are generally moderate, but in parts of the country, Islamic extremism is strongly on the rise. Last week, the Christian ex-governor of the capital Jakarta, Basuki Tjahaja Purnama, disappeared for two years for blasphemy for two years. He had commented on a verse from the Quran.