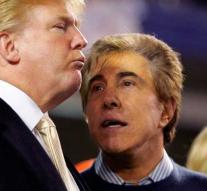 The wealthy casino tycoon lays down his job after allegations to his address of years of sexual harassment. The board of Wynn Resorts says that the second man at the company, Matt Maddox, succeeds him.

'In the last few weeks, I have become the center of an avalanche of negative publicity,' Wynn says in a statement, and the atmosphere created by this has made him decide to resign. 'Wynn says that the need to judge quickly above everything else is stated, 'including the facts'.

At the end of last month, employees opened a booklet about 76-year-old Wynn and claimed that he forced masseuses, among other things, to perform sexual acts.