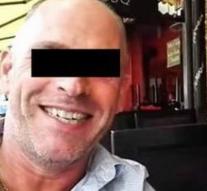 phnom penh - Stefan S., the Dutchman in Cambodia for involvement in a torture torture, denied yesterday to the court that he knew of the abuse. The plantation owner also said he had not helped escape his Vietnamese friend, the chief verdict in the case.

The two were arrested in December after gruesome videos appeared on Facebook showing how the Vietnamese tortured the two-year-old boy with a power gun. The toddler was naked, tied up and blindfolded.

In total, the police found 49 videos of torture on the phone of 34-year-old Nguyen Thanh Dung. They were made on the farm of S., where the parents of the boy worked. His mother thought her son was in good hands with the Vietnamese who had promised to fit him well.

S. said to the three judges in the province of Mondolkiri that he only knew of the abuses after some of the torture videos appeared on Facebook. He allowed his friend to fly, but said he did not help him.

The Dutchman is accused of failing to indicate the abuse of a minor and the deliberate retention of evidence. For each charge, he imprises a prison sentence of one to three years above the head.

It is not yet known when the ruling is.

The case against Nguyen Thanh Dung was also treated yesterday. The chief suspect, who is in Vietnam, was not present in the Cambodian court. He is entitled to torture and abuse of a minor.

His statement was read aloud to the judges. He allowed the child to be tortured and that he was under the influence of crystal meth.