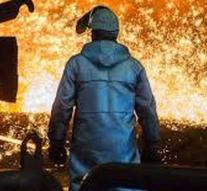 - The German steelmaker ThyssenKrupp is considering a break-up. On that news from the Bloomberg news agency, the share increased by more than 9% on the German stock market Thursday afternoon.

According to Bloomberg, for the time being it is a study into the yields of such a split. Activist shareholders, including Elliott, have insisted on this for some time. The second largest shareholder Cevian Capital would support the plan.

ThyssenKrupp reported on 30 July that its European activities merged with Tata Steel, which is active in the Netherlands.

ThyssenKrupp seeks direction in a steel market that requires scale. After the departure of his CEO, the company is led by the CFO.