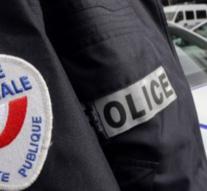 - The boss of the French charity foundation Restos du Coeur Thursday said he was stabbed by two men who 'Allahu Akbar' shouted. That message, the French radio station Europe 1. The police are investigating the case.

The manager of the soup kitchen in Montreuil, east of Paris, says he was attacked by a couple with an ax, a knife. The man is in the hospital. It is not clear how serious his injuries.

France is the last 18 months regularly rocked by bouts of IS-inspired individuals. As June, killed a French officer and his wife. Since the attacks in Paris in November, in which 130 people died, the state of emergency.