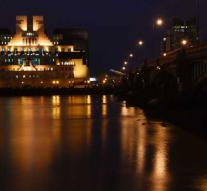 london - The head of the British foreign intelligence service MI6 remains in service longer than the intention was in connection with the Brexit. Alex Younger would resign in November after five years but according to...

Younger is staying longer to pilot MI6 through the period after the departure of Great Britain from the EU. Prime Minister Theresa May and her foreign minister have yet to approve the extension. Normally the chief (referred to as 'C') of MI6 is employed for five years. The organization is responsible for the defense of Great Britain and its foreign interests.

The head of the domestic intelligence service MI5 also remains longer than intended.