Home / Tech / Spotify will be awarded awards show this autumn 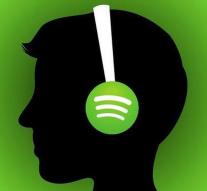 stockholm - Spotify will host awards show for songwriters this fall. The annual release of the Secret Genius Awards is part of Thursday's launched Secret Genius initiative, which focuses on the authors and producers behind the songs and career of the artists.

In addition to offering music prizes, Spotify organizes Secret Genius workshops, called songshops. In addition, the subscribers are given playlists with the oeuvre of a particular songwriter and in special podcasts, songwriters are interviewed about themselves and their work.

During the year, the streaming service launches the various programs to support the creative industry. '' Songwriters and producers are the backbone of industry and we want to put these incredibly talented people in the sun '', says Spotify's Creator Services Troy Carter. '' The purpose of Secret Genius is to shine light on the great creators who deserve that. '

Songwriter Justin Tranter (DNCE, Selena Gomez, Justin Bieber) later in Los Angeles will lead a songshop with his colleague Ricky Reed (Twenty One Pilots, Halsey, Meghan Trainor). Reed: 'The Spotify ambassador is great because the program shows what we do behind the scenes before listening to a song on the platform. The program gives me the chance to work with brilliant talents, meet new people, and make new music that we would not otherwise do. '

Spotify's award show follows in the fall. In different categories, prizes are awarded to songwriters, producers and music publishers. It will be subject prizes in which songwriters designate winners from their midst on the basis of an election. '' Songwriters know who is the best and who has promising talent '', says Carter against Variety.