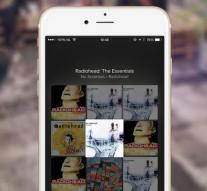 The two researchers have claimed Slate looked at what happened to the music industry in countries where Spotify in the period 2013-2015 has grown explosively. The free version of the Swedish service appears, as critics have claimed, to have a negative effect on sales of music, but that negative effects are completely reversed according to the scientists by advertising revenue and the decrease of piracy.

To make a long story short : the free version of Spotify delivers the music industry hardly something extra, but it hurts the revenue either. The criticism from artists like Taylor Swift, making it off the table according to Slate. Swift refuses her music on Spotify available to as long as a free audio method exists. Swift can be heard via Apple Music. To which music service can only listen to with a subscription.