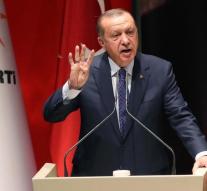 dusseldorf - Turkish President Erdogan does not need permission if he wants to say something in the Turkish Consulate. This stressed a spokesman for the Turkish Embassy in Berlin Saturday in the Rhine Post.

The German government has made it clear on Friday that it does not want Erdogan to hold a speech for Turkish Germans if he attends the G20 summit in Hamburg. Erdogan had forgiven Berlin for permission for a speech outside the G20. Later, Berlin has ruled that politicians from outside the EU are not expected to hold political speeches that are unrelated to the G20.