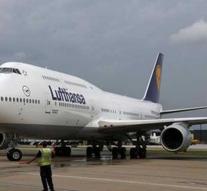 The aircraft was parked at the airport in Viracopos, the largest airport for freight traffic in Brazil, when the thieves struck. The aircraft stopped there to then fly on to the Swiss Zurich.

The five fanned thieves drove to the airport with a pick-up. They had covered the van with stickers from a local security company. Brinks security officers, who were standing around the plane, were distracted. Then the enormous amount of money was loaded and the robbers ran away. No arrests have been made yet.