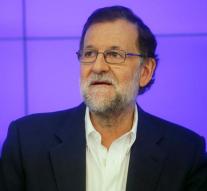 - Spanish Prime Minister Mariano Rajoy is about the formation of a government negotiating with the Liberal Party Ciudadanos. That was Wednesday the outcome of summits of Rajoys conservative Partido Popular (PP).

,, Spain now needs a government, '' said Spanish Prime Minister, who has ruled since resigned late last year, after the consultation. Elections in December 2015 yielded such a divided parliament, it failed to form a government. In June, the Spanish voters went to the polls again. The PP remained the largest party, but nowhere near enough seats to govern alone.