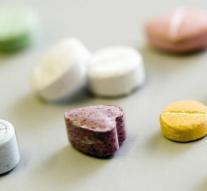 barcelona - The Spanish police rolled up an international drug gang that worked from Barcelona and sold and sent Dutch xtc worldwide. Among the four detainees in Barcelona is a Dutchman who brought xtc pills from the Netherlands to Barcelona. Three other arrests have been made in Costa Rica and Colombia, Spanish media reported Thursday.

The search for the gang began earlier this year when 2000 Central American Costa Rica intercepted xtc pills sent by mail from Barcelona. Later, 5,000 xtc pills were discovered at Madrid airport that were hidden in candy and would come from the gang. The Spanish police suspect that more than 72,000 pills from this gang are on its way to Australia, Belgium, Brazil, Colombia and Costa Rica. Each pill would cost about 10 euros.