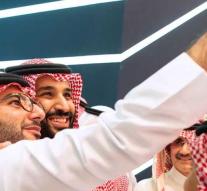 madrid - The Spanish parliament has rejected proposals to stop arms exports to Saudi Arabia due to the alleged murder of journalist Jamal Khashoggi. The motions were submitted by left and regional parties. The Social Democrats of Prime Minister Pedro Sánchez voted against Tuesday, as did the main opposition party, the conservative PP.

Riyadh admitted that Khashoggi in the Saudi consulate in Istanbul has come to an end by force. The German Chancellor Angela Merkel decided not to allow the export of military equipment to Saudi Arabia for the time being.