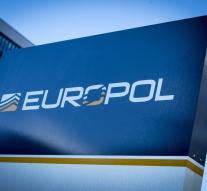 barcelona - The Spanish police , supported by Europol rolled up a network of smugglers led by Chinese. At four places in Barcelona raided the police. A total of 89 people , Chinese and Pakistanis , were arrested. That Europol in The Hague on Monday.

The group funneled Chinese in Spain to Britain , Ireland, Canada and the United States. When the raids was a large amount of material as forged passports, phones, computers and cash seized.

The migrants were first smuggled into Spain, and then accomodated with false papers channeled to the country of destination. The average price for one person amounted to 20,000 US Dollars investigation took two years to the network. Europol is the partnership between police forces in the European Union. The headquarters is in the Hague.