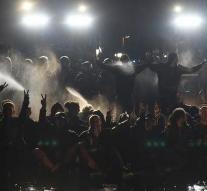 hamburg - Lennart Feijen, group chairman of the SP in Zoetermeer, believes that the riots in Hamburg during the G20 are the fault of the police. According to Feijen, it is usually the police who start by force, provokes or permits.

'The greatest initiator of violence during demonstrations is still the police, but never want to be heard in the Netherlands,' he writes on Twitter.

Hamburg was the scene of the most serious irregularities for decades. That began on Thursday when government leaders and heads of state of the world's most powerful countries arrived. They lasted until Sunday after their departure. Hundreds were injured by street fighting. About four hundred people were arrested.

Last night, it remained in Hamburg. 'It was peaceful, like most nights of Sunday on Monday,' said a police spokeswoman. In the streets of the city, the deployment of special units was no longer necessary.