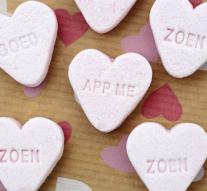 seoul - South Korea has launched a plan that the low birth rate in the country must boost. So municipalities should organize evenings go where singles can meet and young couples should have priority in housing in social housing.

There will be a government campaign that touts the marriage and there will be more support for people who are undergoing fertility treatment.

South Korea is part of the three countries with the lowest birth rate in the world, is aging rapidly. Women earn an average of 1.2 children. According to the World Bank, which number only in Hong Kong and Macao still lower. In the Netherlands, women were given last year's average of 1.7 children.

If the government fails to entice the South Koreans to build larger families, which may have far-reaching consequences for the economy. The government wants the average number of children over five years of 1.5 and 2.1 in 2045.