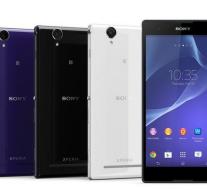 - It seems to be the next breakthrough in smartphone technology: a battery that lasts longer than a day. Sony is working on a type of battery that should last up to 40 percent longer than today's Li-ion batteries.

Key to success, according to Sony sulfur electrodes. This technique is already known, but the electrodes would normally be quickly fall apart. The Japanese company claims that it has solved this problem now almost.