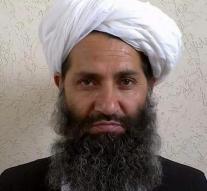 peshawar - Abdur Rahman, a son of the leader of the Afghan Taliban, Mullah Haibatullah Akhundzada, died on Thursday on committing suicide bombing. The extremist Taliban confirmed on Saturday that 23-year-old Abdur Rahman with a truck of explosives had an Afghan military base and inflated himself. This attack was held in Gereshk in the southern province of Helmand on Thursday.

The Mullah Haibatullah became Taliban leader after his predecessor Akthar Mohammad was killed in May 2016 by an attack with an American drone.