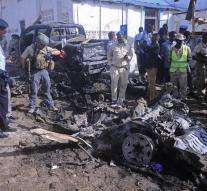 bosasso - Somali security forces report Sunday that they killed eighteen Islamic insurgents during an operation in the northern region of Puntland. The militants deny that there would be victims.

The security force of Puntland is trained and supported by a small number of US agents, located in the semi-northern region. It was not clear whether the United States was itself involved in the operation.