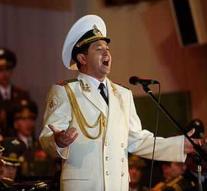 - Because he has just become a father, Vadim Anadiev escaped death. The soloist would normally have been on board the Russian plane that crashed Sunday in the Black Sea.

The 57-year-old Vadim was not there for the birth of his third child. Because his wife needed help, he decided to take quite a while.

In the crashed plane were eight crew members and 84 passengers, including the famous Alexandrov Ensemble. In total ensemble consists of about two hundred singers, musicians and dancers.

The search for wreckage and victims of the plane crash Monday goes unabated. More than three thousand people are involved in the operation.