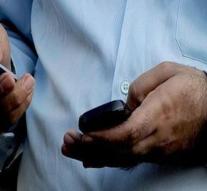 jammu - An Indian soldier shot an officer after a collision on telephone usage. The soldier freaked out when a major tried to unlock his mobile phone in the northern state of Jammu and Kashmir, Indian media reported Tuesday.

The major allegedly tipped the soldier because he used his phone in sensitive area: near the so-called Line of Control that borders the India-Pakistan controlled parts of the state. The soldier was told that his telephone usage would be reported to a manager.

The phone was damaged when the major tried to seize the device. Then the men were quarreled, with the soldier opening the fire with his assault rifle. The major was hit by several bullets and died on the spot. The police and the army are investigating the fatal shooting game.