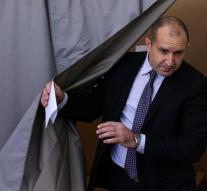 - The Socialist opposition candidate Rumen Radev won the presidential elections in Bulgaria, according to first polls after the close of the polls. In the second round he defeated Sunday Tsetska Tsacheva, the female candidate of the center-right ruling party GERB.