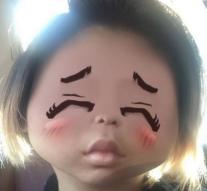 amsterdam - Photo app Snapchat has a filter taken offline after many users complained about racism. The filter Snap Chatters could transform itself into Asian. Snapchat itself says that the filter was not racist, yet caved under the pressure.

'The filter was inspired by anime, a kind of cartoon', a spokesman of the US company. 'Filters are designed to entertain and not to offend. 'However, many Twitter users saw it very differently. 'This filter must be taken offline,' says someone. Another: 'Snapchat, can you tell me why this is okay?'

Several months ago Snapchat already was under fire. When the company was criticized a filter that Snap Chatters could turn himself into Bob Marley.


The app filters are generally quite harmless. Users can modify their face include a dog, a sad person, a flower girl or a pineapple.