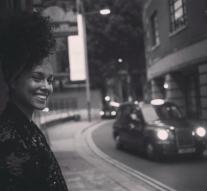 - Singer Alicia Keys take rigorous measures to prevent fans during her concerts are only concerned with their smartphone. Prior to an event visitors have to stop their phone in a special cover, which then is locked.

Visitors are allowed to keep their smartphone just during the concert with him, but you have to exit when you have the phone as needed. There are metal plates in which you the cover of the Yondr brand must hold up against to get the lock open.

Yondr inventor of the 29-year-old Graham Dugoni. According to him, there are two reasons why artists like to use this kind of cases. Except that more visitors can enjoy a performance without being constantly busy with their smartphone, artists can try out new material without it immediately appears online.


Alicia Keys is not the first to use the Yonder covers. Comedians Louis C. K., Dave Chappelle and Chris Rock went for her already.