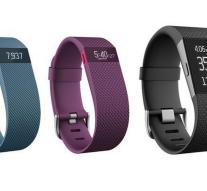 dongen - Smart Watches and so-called health and fitness trackers are increasingly popular in the Netherlands. According to figures that market researcher GfK announced Friday. Compared to the third quarter last year, sales of the innovative devices in the quarter more than doubled.

Sales of mobile accessories such as headsets and chargers grew by 20 percent. Also in the home appliances ingenuity combined with 'health' a driver of revenue growth. Steam ovens were snapped up, witness the plus of 50 percent. Even "low-fat" fryers, juice extractors, juicers, blood pressure monitors, digital thermometers and personal scales GfK proved more popular than a year ago. Total sales of stores that do not sell food products increased in the third quarter rose 2 percent from a year earlier. Streaming Services In addition to innovation and health also won the old-fashioned book popularity. Thus, the growth of previously deposited by a quarter. Clothes and shoes and do it yourself products gained in popularity. It was more money spent on entertainment, such as a digital television service or downloading music. On so-called streaming services was 29 percent more was spent. On tourism, consumer electronics, photo and IT were in the three months to September, just less money spent compared to a year earlier.
NEW