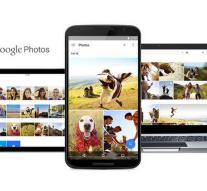 amsterdam - Four out of five Dutch creates multiple photos per week . But less than 10 percent store photos in one safe place . Half organizes his photo collection also almost never . As a result most frequently becomes pictures forever lost or is in any case difficult to find them quickly. This is shown in research on the use and value of photographs , commissioned by Google.

Photos are by far the most important memories of special moments in life, much more than other people or music. In particular, a big trip is seen as something important to capture in photographs, followed by the birth of a child and a wedding. 85 percent of the Dutch attaches great importance to his photos. It is considered important to share photos with others. Two-thirds share photos openly via social media like Facebook, Google+, Instagram and Whatsapp. For women this is even three-quarters.

This is the main reason for them to edit photos. Men on the other hand edit photos twice as likely as women to give them an artistic touch. Tinkering with the lighting and change the contrast to 80 percent of the Dutch are the favorite ways to edit photos. Thanks to the digital revolution, we now take more pictures in a month earlier than in a whole lifetime. The result is a huge amount of photos that are scattered saved.

Of course it helps smart organizing photos to quickly find memories. Almost half of the Dutch, however, almost never do this, while knowing that it is actually wise to do. Of this group, 80 percent effort to find photos quickly. One in ten respondents find his or her precious photos sometimes even never return because they do not know where the pictures have been At least 90 percent of the Dutch indicate that they do not have one central place where they store photos. Only one in eight makes sure his or her photos are stored in the cloud, where they can always access them.

Nearly half of those surveyed put them on a storage device. Two out of five shows the pictures on the phone and gambling that they are reflected as needed.