Home / World / 'Sleeping' woman appears to have died during flight 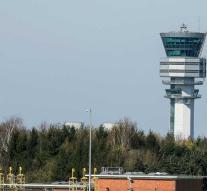 zaventem - A woman from Greece died during a flight from Athens to Zaventem. According to the Belgian public prosecutor's office, this is a 45-year-old woman who was on her way to Brussels with her husband.

The woman seemed to sleep during the flight. However, the man did not manage to awaken her during the fall. She turned out to be deceased. The public prosecutor's office sets up an investigation because it would be a suspicious death.

On Friday there will be an autopsy to determine the cause of death of the woman. Carole Vercarre of the Halle-Vilvoorde public prosecutor told Nieuwsblad that the woman did not feel well when she left Athens.