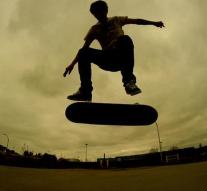 - A seventeen year old boy from the UK Cambridge has built an electric skateboard. He did so with a Raspberry Pi Zero which he bought for a few pounds. reports the BBC Tuesday.

Skateboard is operated by the controller of the Wii game console, which is connected via Bluetooth to the P Zero. He reached speeds of nearly 30 kilometers per hour. With a full charge it can travel about 10 kilometers. Others may imitate him, the code of the P Zero is put on Github.

Matthew Timmons-Brown does not intend to market his skateboard. His next project is a Mars Explorer.