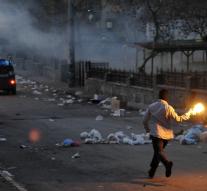 - Bodies lying on the streets, whole neighborhoods are razed and people wait in shelters until the violence subsides. As Kurdish witnesses describe the situation in the Turkish Silopi place, where the army is on the offensive against the extremist movement PKK.

We have received requests for help from people who already have a week in their basement sit , says Ferhat Encü, an MP for the pro-Kurdish party HDP. According Encü, who currently resides in Silopi, many buildings have been destroyed and the city is surrounded by tanks. Dead bodies lie in the street, because by maintaining the combat is too dangerous to remove them, he outlines.

The conflict between the PKK and the Turkish army flared up again last summer, after a truce of two years. Turkish troops killed last week, according to sources within the military at least 110 PKK fighters. From the area in south-eastern Turkey where the battle rages is little information on independent journalists and other observers.