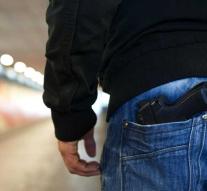 ottawa - The death toll due to murder in Canada has risen by 7 percent in 2017 to the highest number in ten years. The number of firearm-related deaths last year was the highest in 25 years, according to the statistics bureau of Canada in a report.