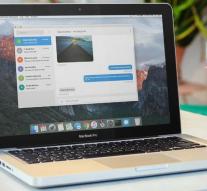 The chat app Signal is designed with privacy as a key starting point. All calls are encrypted and Open Whisper Systems further stores little or no information. The only data that was presented by the Signal-maker, concerned about when the particular user had logged on Signal and when he had sent his last message.

The encrypted messaging is becoming increasingly popular. Also WhatsApp, Telegram and Apple's iMessage use encryption and soon will also Facebook Messenger added to the list. By encryption, the sender and recipient can only read the contents of a message. Investigating authorities complain bitterly about. Incidentally, the encryption technique of WhatsApp is based on that of Signal.