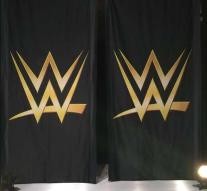 - Several stars, including Hollywood actor Dwayne 'The Rock' Johnson started their career with it: show wrestling. In the United States, these theatrical sporting years are a gigantic phenomenon.

What makes it so much fun to watch muscular wrestlers in flamboyant outfits who attack each other in a harsh way?

On October 7, the twentieth wrestling game in the long-running WWE series is coming out. Although show wrestling in the Netherlands has never been on a large scale, the Americans are crazy about it. The extravagant wrestling matches are almost as American as sea eagles and the second amendment. XGN. nl recently traveled to the WWE Performance Center in Orlando to immerse themselves in the world of this brutal sport.

There must be no misunderstandings that wrestling is a ruthless form of sport. Although entertainment is paramount in this sport form, good wrestlers must have an excellent condition. After all, these top athletes are rocked hard to transform into the best version of themselves. Strength training, fitness training and fall training are therefore daily costs. At least five days a week, the powerhouses manage themselves with the ambition to reach the top.

There are five wrestling rings in the Orlando Performance Center. In these rings all techniques are practiced that can come in handy during a competition. That way people are lifted and then thrown on the floor with a smack. Moreover, it quickly becomes clear that the right way of collecting violence is just as important as handing out serious hits. If a technique is performed incorrectly, it can lead to serious injuries or even permanent injury.

Wrestlers therefore put a lot on the line for this form of entertainment. As the old saying goes: 'The show must go on'. It can certainly be called a show, because during competitions there is often a clear division of roles of different characters. The characters of the wrestlers are often inflated versions of character traits that they already possess in everyday life.

There is also a clear division of roles between 'goodies' and 'bad guys'. These roles are called 'faces' and 'heels' in the wrestling scene. The 'faces' and 'heels' each try to win over the public in their own way. Anyone who has ever been present at a competition will be able to confirm that this dynamic is very contagious. The stands at these competitions are always filled with both children and adults who cheer hard for their personal favorites.