Home / World / ' Shooter US had contact with terrorist groups ' 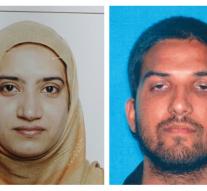 - One of the perpetrators of the massacre in the US San Bernardino, would be " some form of contact " have had at least two terrorist groups. It is al- Shabaab and al- Nusra Front, said a security official Friday (local time) at the Los Angeles Times.

It is still unclear how gunman Syed Rizwan Farooq would have had contact with the extremist organizations. The other perpetrator, Tashfeen Malik would have promised Islamic State (IS) on Facebook faith, but it is unclear whether the duo actually had ties to the terror group.