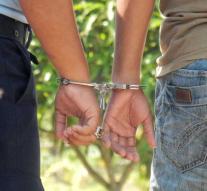 jakarta - The Indonesian police have rescued a young woman who has been abused for fifteen years by a naturopath. The now 83-year-old man made the victim of having sex with him by claiming he was possessed by the spirit of a young boy, authorities say.

Agents found the 28-year-old victim after a tip in the jungle near a village in Central Celebes. She stayed there in a small cave. A villager told the newspaper Jakarta Post that the woman apparently did not dare to flee because she was 'brainwashed' by the influential shaman. He would have told her that a ghost was guarding the cave.

The shaman would have told the child's parents that their daughter had left to look for work. The older sister of the girl, who was married to the son of the shaman, would have been aware. The case came out when a neighbor heard her talk about the kidnapping.

The authorities suspect the shaman of child abuse. He can get a maximum of fifteen years in prison.