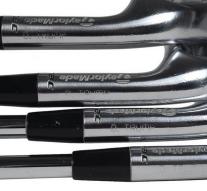 boston - The American Auction House RR Auction online auctioned a set of golf clubs that used Donald Trump before becoming president of America. Trump gave the clubs a gift to Andrew Lombardo, his personal caddy between 2004 and 2008. Trump, in turn, had received her from the company that produces the golf clubs.

According to Lombardo, the set is 'special' because each club has D. Trump 'is engraved. Clubs from any other set were only initials. Lombardo claims that Trump played with the clubs for more than two months against different celebrities, big businessmen and professional golfers.

The auction closes on July 12th.