Home / World / Series of arrests in Istanbul action against IS 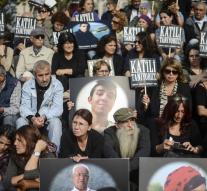 ankara - In the Turkish metropolis of Istanbul on Sunday arrested about fifty people who are suspected of involvement in the terrorist group Islamic State. All those arrested are foreigners , according to the Turkish newspaper Hürriyet .

The suspects were arrested in the district of Pendik on the Asian side of Istanbul. Early in the morning police raided seventeen houses.

The Turkish authorities think IS or the extremist PKK ( Kurdistan Workers Party) behind the bombing a week ago was in the Turkish capital Ankara. Because of this terror act were 102 people . Also injured hundreds .