Home / Tech / Series and music 'along' on holiday 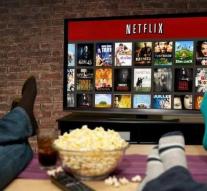 strasbourg - Over a year, Netflix, HBO and Spotify subscribers throughout the EU can enjoy the Dutch offer of streaming services. This also applies to paid subscriptions to online sports channels, e-books and games.

Due to rights issues, some paid content is now unavailable when staying in another EU country. That will change from next spring. The European Parliament gave the green light on Thursday in Strasbourg.

The EU institutions had already reached a negotiation agreement in February. Following the formal agreement of the Member States, providers have nine months to implement the changes.

Free broadcasts from public broadcasters, for example, are not covered. The so-called geoblocking for certain programs is still allowed.