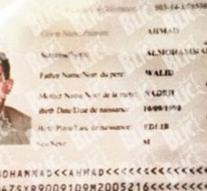 belgrade - The Serbian newspaper Blic reported Sunday that one of the bombers in Paris the 25-year-old Ahmed is Almuhamed. This man was traveling on a Syrian refugee until October 7 from Macedonia to Serbia.

The refugee was registered in a shelter in the southern town of Presevo and would then be transited through Croatia to Austria. He contributed his registration in any case no weapon with him, reports Blic. The French authorities, according to the newspaper to Belgrade used to obtain information about Almuhamed.

The possible terrorist traveled early October via Turkey to Greece and so on 3 October on the island of Leros registered in the European Union. His Syrian passport had been found in Paris.

Greek radio reported a second man who had traveled to Greece from Turkey and Paris would have participated in the attacks. However, there were no further details. In both cases the Greek police fingerprints would be sent to Paris.