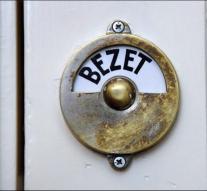 - A private school on the Italian island of Sardinia has a longer time two migrant children are required to go to a special toilet and not that which the rest of the class does its need. The school did so under pressure from parents, this weekend, reported the newspaper La Stampa.

Numerous parents threatened to withdraw their children from the school in Cagliari as the two foreign children attended the same toilet. They were afraid of exotic diseases. The victims of the painful discriminatory measure had a nine and an eleven year old child out of Egypt and Ethiopia. They are this summer rescued from the Mediterranean Sea.

The school tried to bring the anxious parents in vain to change their minds by presenting official medical certificates that the children are healthy. Eventually the Roman Catholic school decided 'health apartheid' despite lifting angry parents. These children have been through so many terrible, they should feel welcome, says an employee