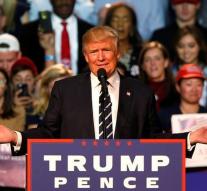 - The US Senate will remain under the control of the Republican Party. That US media reported Wednesday. In the House of Representatives also has party candidate Donald Trump the next two years a majority.

Trump was early Wednesday morning on its way to be chosen as the new US president.