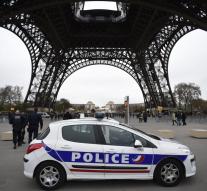 - The state of emergency in France will be extended by three months. After the House of Thursday already appeared, the Senate voted Friday also in the measure.

President François Hollande announced a state of emergency on Saturday after the bloody attacks in Paris a day earlier. Police, security and army thus have greater powers to pick up suspects, to make searches and exit roads.