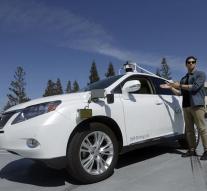 - Google and Ford will establish a joint venture to make autonomous car with Google's technology. That anonymous sources have told Yahoo Autos.


According to the sources, Ford is making the news announced during the Consumer Electronic Show in early January in Las Vegas. By partnering with Ford Google gets access to the extensive development of self-propelled software. Google means for cooperation that will have access to valuable experience in producing cars.
Last week, Google announced that it would loose all the activities rondeom autonomous car of Google's linking and in a seperate Alphabet company would put. The partnership with Ford is a part of that.
Both Google and Ford have been working on autonomous car programs. Google now has the 53 test cars driving around in California and Texas, while Ford earlier this month announced that it would like to test its first unit on public roads.
While the exact details of the collaboration are not yet known, the sources to report that the company is legally separated from Ford so that the manufacturer can not be held liable if accidents happen to the self-propelled cars.
The partnership between Google and Ford is non-exclusive. Google may therefore eventually also initiate partnerships with other automakers.
NEW