Home / World / See: This is how suspicious death of the Dutch film editor is presented 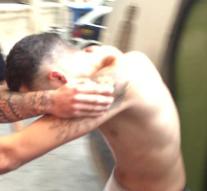 mallorca - In Palma de Mallorca, the main suspect Adrian F.F has now been brought before the investigating judge. He is one of the two suspects in the case of the death of film editor Wouter van Luijn.

At this moment he is being interrogated.

Yesterday afternoon the Spanish police arrested a second suspect who would be involved in the death of the Dutch film editor Wouter van Luijn. It is a boy of 18, with the Spanish nationality. After the interrogation he was released, but he still counts as a suspect. That reports the local newspaper Ultima Hora.