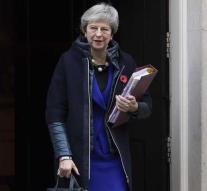 london - Britain and the EU would have reached a secret agreement stating that Britain remains part of the Customs Union after the Brexit. This would keep the border between Northern Ireland and Ireland open and one of the biggest obstacles in the Brexit negotiations would be removed.