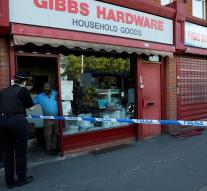 manchester/liverpool - In the investigation into the terrorist attack in Manchester, home searches are being conducted in the south and southwest of the city on Friday. In the district of Trafford, the army is also active, reported SkyNews.

In a suburb of Liverpool, Saint Helens, the police on Friday were also in action in connection with the investigation into the attack Monday evening. In addition, 22 people, especially young people, attended a pop concert to live.