Home / World / Sea-Watch 3 in Marseille on the chain 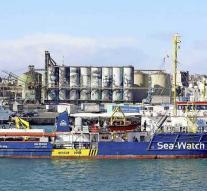 rome - The ship Sea-Watch 3, which picked up migrants in the Mediterranean Sea, has received permission from the Coast Guard of the Sicilian city of Catania to the port of the southern French city of Marseille.