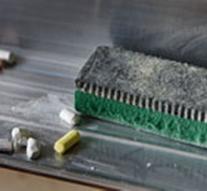 - In Estonia, a student received nine years in prison for the murder of his German teacher .

The now sixteen year old boy shot a year ago before the eyes of his classmates during class , the 59-year-old woman to death with his father's revolver. The judges in Viljandi who condemned him, stayed with their verdict just below the required maximum sentence of ten years in prison, reported a judiciary spokesperson Tuesday.

The boy's lawyer will appeal. The deadly attack was the first of its kind in Estonia and caused intense terror in the Baltic country.