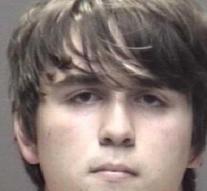 santa fe - The seventeen-year-old student who, according to the authorities, shot ten people in a Texan school made Saturday a 'disoriented impression.' Nicholas Poehl, one of the two lawyers who hired the parents of the suspected perpetrator, said after a visit to Dimitrios Pagourtzis.

The teenager, who also injured ten victims, has been charged with multiple murders for which he can get the death penalty. 'He is both emotionally and strangely unaffected,' Poehl said about the mood of his client. 'There are aspects that he understands but also aspects that he does not know. '