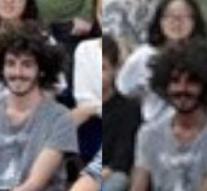 lyon - A French art school has apologized for the manipulation of a class photo with which American students had to be lured. In the photo, white students were colored in black.

Former students of the Émile Cohl school saw their picture on an American website. In the original photo, none of the students is black. On the manipulated photo three faces were 'colored in' and made black.

Two other black people were added to the photo, including a girl on the left in the middle. Those who are in reality are not known.